You are here: Home1 / About2 / Awakening 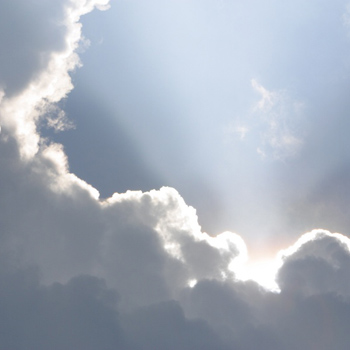 There is much information regarding the increasing consciousness level of the planet, which in turn causes any personal emotional issue, any political injustice, any action done with greed or abuse to become exposed, to surface for the purpose of being noticed, seen and then transformed. We are now in a time of transparency on a personal and international level.

As this transformation is happening, there are many individuals that are having “awakening” or “enlightenment” experiences, which they would simply describe as clear seeing – seeing reality as it is – seeing through the illusion of separation. Thich Nhat Hanh said, “We are here to awaken from the illusion of our separateness.” There are those that have done so, and they describe it as a radical shift in identity. Although they know that they use a body, their main identity is the energy that animates the body, which is the same life energy that ultimately animates everyone and everything else. In other words, they know by experience (and not as a conceptual understanding) the truth of themselves to be Oneness. There are many “by-products” of the realization of that Truth, one of which is the freedom that comes from accepting everything as it is, no longer needing to seek another state of mind or being, and the cessation of needing anything from anyone, or of needing anything to be other that what is right now. You steep more deeply in knowing and identifying with the truth of your infinite self as naturally as you are accustomed to the identity with your own body, name, gender or job title. The words of the Buddha become more clear when he said, “All suffering is due to wrong identification.”

One of the most important things Jesus taught was that the kingdom of God is “inside” of us, and when we make a priority of seeking that first, all good things will be “added unto us.” The Law of Attraction (change yourself and you change what comes into your life) relates to Jesus’ words. One way to interpret the “Kingdom of God” is that very real aspect of ourselves that animates us, is eternal and comes from the one source, rather than the body which disintegrates. To the degree that we can know and identify with the ultimate truth of who we are, our brains will begin to “re-wire” themselves, in the sense that our beliefs create our reality by forming our perspectives – the way we see ourselves and the world. Thus, when our perceptions of ourselves and the world begin to change to the underlying and ultimate truth of who and what we really are, we begin to see and know the oneness beneath the surface of appearances. The implications of this are multi-faceted and enormous for not only ourselves, but also the impact it has on the world. When you know by direct experience that you are already the peace, joy, love and security that you are consciously or unconsciously seeking, a transformative freedom settles into “you” that subtly impacts everyone you come into contact with, not to mention the “higher or truer” thoughts that go out into the mass-thought stream in the world. Heaven is not so much a place as it is a state of being. That is why Paramahansa Yogananda, founder of Self-Realization Fellowship, said, “When you heal yourself, you do your part in healing the world…more than you know.” One of the things I like about past life regression is that, towards the end of the session, you are operating from a higher or expanded level of consciousness, and these “truths” can often sink in at a deeper level as they are felt and experienced. It is one of the reasons past life regression can be transformative for a person.

To watch interviews with many hundreds of ordinary, everyday people who are spiritually awakening, visit batgap.com (Buddha at the Gaspump).