Tag Archive for: soul self

You are here: Home1 / soul self 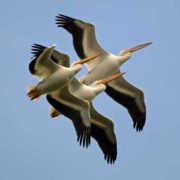 Nearly everyone feels confident at some times or in some areas of their life, while “not good enough” at other times. As the consciousness level of the planet rises, everyone’s “less than” programs are beginning to get triggered and surface because they don’t resonate to the high vibration frequency that is inherent to your true self. Freedom is an aspect of your true self, and freedom calls anything to the surface that is not free. If you follow the thread of almost any of our inner issues, complexes or fears to their root, they all boil down to some type of belief of unworthiness or “not good enough”. Most people are not even aware of these programs, yet they are built into the human experience.

When we incarnate on earth, we voluntarily cut ourselves off from our conscious connection to Source, to who and what we are as eternal light beings, and therefore become unconscious of our inherent value, power, sense of security and well being. In our early years, we are solely reliant on our caregivers for not only a feeling of safety and security, but also a sense of being loved, valued, cherished and “good enough”. But if our caregivers are living with a lot of their own unconscious unworthy programs, and thus dealing with issues from their own baggage, or else they are too busy to be fully present with us, we can feel neglected and rejected, and thus the seeds of unworthiness can sprout. Growing up in an environment in which we don’t feel safe or cherished can reinforce these feelings of “not good enough”. If you don’t get early emotional needs met, shame can develop. It’s as though an unconscious message becomes imprinted: “If I don’t feel secure or valued, I must not be worthy of it, something is wrong with me.” And shame really feels like it has something to do with you, like it’s part of you, like it defines you. It really feels true, but it isn’t.

Similarly, it seems true that the sun rises in the east and sets in the west, but it’s not. From a higher perspective, we see that the earth revolves around the sun and rotates, creating the appearance of the sun rising in the east and setting in the west. When it comes to beliefs of unworthiness and shame, we have to apply the wisdom of Albert Einstein: “you can’t solve a problem at the same level of consciousness that created the problem”, so we go to a higher level of consciousness. How? First, know that you can. Why can you? Because of the vast growing pile of evidence that suggests you are an eternal, indestructible soul being using this body for a human experience.

Science has not yet developed the tools to measure our soul or higher dimensions of course, so for evidence we go to the growing multitude of individual cases of near death experiences, out of body experiences, evidence-based mediums, or accurate recall of past lives through past life regression, like the fascinating, solid case of the skeptical Indianapolis police detective, Robert Snow. Or even better, the increasing number of children who remember verifiable past lives, some of whom can be viewed on youtube.com. Personally, when I first discovered the evidence of reincarnation, I took it as evidence that we were eternal beings, outside of time and space. This insight is a life-changing paradigm shift for some, and an invaluable one. If you are this indestructible being, you should be able to tune into this higher part of you, since we’re multi-dimensional. One way we can do this is by quieting the thinking mind and going within through deep meditation.

When I guide clients within to their higher self, they experience a part of themselves that has a built-in sense of security, well-being, wisdom and clarity. From this vantage point, it becomes very clear that shame has as much to do with you as an old shirt that your mother gave you when you were five. You are not born with shame, it fully comes from outside of you, from the subtle messages that you were given from caregivers and the challenging outside circumstances in your life. You are not those messages. You are far more than your programming and conditioning.

From this higher perspective we can more easily wash away the sticky identity of shame and begin instead to identify more with the truth of who and what we really are – the part of you than lives on, that you can never really escape from. The modern teacher of awakening consciousness, Adyashanti, says: “Enlightenment is really a radical shift in identity.” Although it should be pointed out that he took it a step further…since all souls come from the same one energy source, one’s highest identity is Oneness, which, as any sage will say, is really only realized in the fully awakened state in which you know in your heart and whole being that you are the Christ consciousness, or Oneness consciousness, even more than you know that you are your body.

However, for most of humanity, a valuable identity shift that we can make as individuals and as a society is to first see through any false, shame-based mind programs and freely live from our “more relatively true” authentic selves. Often it is helpful to use body-centered healing methods, such as the Emotional Healing session that I offer, to release past, outdated thoughts, feelings, beliefs and fears that science has now discovered is stored in the body.

When we heal ourselves and begin to live more from our true, authentic, whole and complete nature, many subtle fears and false beliefs fall away: the fear of being judged, the need to be perfect, the guard around our heart that prevents us from fully loving and hurting, the fear of death, the false belief of “not good enough”, the fear of being unlovable, the fear of being wildly successful…and all the other mind programs that you are here as a soul to see through and no longer be unconsciously governed by. This is the most important work you can do…and when you do it, you’ll no longer be triggered by old emotional baggage so it’s easier to connect with loved ones and co-workers.

In short, we become a freer being, no longer governed by our unconscious false beliefs, or feeling a need to numb our misperceived shortcomings with processed food, chemicals or overworking. You become aware of the Truth that you are and always have been a magnificent, eternal free being that is based in love and joy! True healing is an identity shift and perception shift away. This perception shift is not easily done by the thinking mind, but can be done when you connect to your Higher Self by going within. From here, you know at the core of your being that the negative mind programs swimming in your head are not inherent to you, but totally come from people and circumstances outside of you, and thus the grip of these fears and false beliefs loosen so that you more easily experience and live from your true, whole, complete, loving, free Self! As the modern sage, Leonard Jacobson says, “We are all on the holy journey of becoming that which we already are.”