You are here: Home1 / emotional healing

I was featured in the March 2018 edition of the Edge Magazine. I’d like to share it with you to give you some background about how I became interested in hypnotherapy. This interview shares details about my work and also who I am as a person.

The article also gives me a chance to highlight the Edge Magazine and the valuable role it has played in my life. It’s a metaphysical magazine that has helped me grow and evolve over the past 25 years. It offers consciousness-expanding interviews and articles of practitioners on the forefront of healing and spiritually awakening.

For awhile now, the approach to emotional healing has been to notice what the problem issue is, such as anxiety or depression, and then manage the symptoms the best you can with medications or coping skills. There is certainly a time and place for symptom management. However, as consciousness rises, a new perspective in healing is emerging which is to view the emotional symptoms as not something to fight against, but instead as something that is yearning for your full attention, because it is ready to be released from your body/mind system. And in so doing, you will also understand why it has been there, like a puzzle to solve.

A natural response to a triggered feeling, such as anger or fear, is to avoid it. However, when you give it your full presence, a type of alchemical reaction takes place. The feeling becomes reduced to a sensation in the body. As you become fully present with this sensation and allow your awareness to sink deeper into the heart of it, you shift from thinking mode to feeling mode. This means two things: 1) you no longer suffer because suffering is generated by the thinking mind, and 2) you become present-moment focused and able to access the subconscious mind. As a result, images or pictures can emerge that give clues as to what the triggered emotion relates to. And as you dive still further into the sensation, other feelings may emerge that underlie the triggered emotion. These are the layers of thoughts, feelings and beliefs that hold the triggered emotion in place. Ultimately, as you allow your consciousness to drop through the physical sensations of all the layers of emotion, you may eventually find your consciousness immersed in a vast nothingness. This usually marks the nearing of the end of the journey, because as you continue to focus intently on this nothingness and notice what’s deeper still, you begin to feel a very light, vast, expansive presence that you are not separate from. This is who you are at your core self…a boundless, infinite presence of oneness which is your deepest essence. In this bottom foundational layer, the words commonly used to describe it are “love, freedom, peace, joy, light, and expansiveness.” There is no longer emotion, but pure awareness, and you know and experience your true self to be this presence which underlies all feelings and limiting thoughts…exactly which people like Eckhart Tolle have been writing about! It’s also known as Source energy.

The result of steeping in this core Self is ultimate clarity. You fully see through all of the deep-seated negative, limiting feelings and beliefs that you have been operating from. An example might be “undeserving and unworthy of success and love”. These limiting feelings/beliefs are easily seen through as not having anything to do who you are, but rather they are seen for what they actually are…an untrue mind program that got passed down, usually through the generations like an unconscious virus. In that moment you know without a doubt that who and what you actually are goes far beyond any limiting thought or belief, thus these limiting beliefs begin to release their grip on your subconscious mind and your identity. Thus you awaken to your true self.

Lately I’ve been guiding many of these healing inner journeys to freedom as part of the Emotional Healing Session that I use. I first read about the process years ago in a book by Brandon Bays titled The Journey, a book well worth the read. I’ve since observed a number of practitioners who use variations of this healing process which essentially utilizes negative feelings as a portal to the profound peace that we all possess within ourselves. It’s been my experience that healing happens in layers, and each journey inward allows you to feel more peace, joy, clarity and freedom as the negative mind programs lose their grip on your subconscious mind and identity. Guiding people to fully experience their true, authentic Self is absolutely part of the new paradigm in emotional healing. 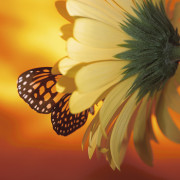 It feels almost instinctual as a human being to avoid a negative feeling. If something from the past doesn’t feel good, it’s quite common and understandable to distract yourself from it through any number of ways such as using chemicals, overeating, overworking, etc. This may seem to help for awhile, however, the act of avoidance keeps it locked in your body/mind system, unconsciously influencing you in a limiting way. You may even to decide to deal with the symptoms of the unwanted feeling with medications or coping skills, which can be helpful. But there may come a time when you decide to heal and release the root of it. When you do, a key to releasing an unwanted emotion lies in the last place one would expect to find it…inside the negative feeling itself!

Where would you look to find the unwanted past that has a grip on your underlying feelings and beliefs? Although the past no longer exists, it can have a strong, influential hold on us. The body is a good place to look because it is a storehouse of old, outdated feelings that have not been given a chance to be fully articulated, expressed and/or processed.

In the paradigm of higher consciousness, unwanted feelings are not avoided, but instead viewed more as a small child nagging for attention because they are ready to be liberated from your body/mind system. As this happens, you become a freer human being…a clearer expression of your soul, rather than an expression of the fears from your past programming and conditioning. A negative feeling is simply a guidepost that informs us that we are out of alignment with our soul’s perspective, while a feeling of harmony and joy indicates we are in alignment with our soul’s purpose.

These days there are an increasing amount of emotional healing methods such as EFT, EMDR, Emotion Code, etc. The right fit varies among individuals. It’s important to note that healing is a process that happens in layers. A triggered emotion means you’re ready for the next layer to release. I often use a light trance method that is a combination of effective techniques called the Emotional Healing and Awakening session. It’s a process that’s best done with a guide who can keep your focus anchored in the present moment. When you permit a negative emotion to be your guide, it illuminates the unconscious beliefs it operates from, as well as where it originated. The key is to place your full attention into that negative emotion. As a result, the past is then reduced to a sensation in the body. The moment you fully feel it in the body, you have switched from thinking mode to feeling mode, and you’ve become anchored in the present moment. When anchored in the present moment, you can access the subconscious mind, thus uncovering the unconscious beliefs that this emotion operates from, as well as allowing it to point toward any situations, events or circumstances that contributed to this feeling. With your will and intent, you can send the negative energy out of your body and recover the part of you that was lost when you took on that negative emotion.

Here’s an example: A man came to me with debilitating anxiety. As he fine-tuned his focus on it, he could feel it most in his stomach. Often, I ask the client to give the emotion a voice and let it say what the feeling is. “I feel fear,” is what it said. I had it continue…”I feel most afraid because…I might make a mistake.” Again I had the feeling continue, “And that means…I’ll be judged and criticized.” “And that means…I won’t be loved, and I’ll be all alone.” In this manner we got to the subconscious beliefs which were lying beneath the anxiety, and were fueling it and locking it into place. Next, we allowed the anxiety to guide his awareness to the scenes and situations earlier in his life that caused the feeling. The scenes all related to a father who would not tolerate mistakes, thus it became imperative for him to not make a mistake. These tense energies from early events had been trapped and replayed in his body for years, creating a pressure-cooker effect that exacerbated his anxiety. As he focused and felt the feelings from the past in his body, he could then release them from his body/mind system, and bring in the part of himself that was covered up and lost when he took on the fear-based energy. After then doing healing work on the timeline of his life, his body steeped in the lighter energies of freedom, strength and confidence, and these positive emotions became more strongly embedded in his subconscious mind and in the cellular memory of his body.

Our negative feelings are not who we are, but who we are can observe, understand, release and heal them with intention. As long as we fear and avoid them, they will enslave us. But when we allow them to guide us to what wants to be acknowledged and no longer hidden within us, we can liberate these negative energies from our body/mind systems, enabling us to live from the true freedom that we are as souls, and which we can never really escape from!