Blog - Latest News
You are here: Home1 / Blog2 / Our Answers Lie Within Us

We are on the threshold of a new paradigm. More and more people are beginning to understand and identify ourselves as multi-dimensional beings. I was recently invited to speak at my alma mater, Saint Olaf College, by some students who were interested in the work I do. I spoke for an hour about past life regression. Ten years ago, I was also invited to speak there about my work, but past life regression was never mentioned because it was too  “outside the box.” I was delighted to witness the expansion of people’s beliefs systems. I explained that although we are human beings, but we are also spiritual beings using a body. This means that as we go deep within, we can gain a respite from the busy world of our lives and of our minds. As we go deeper, we tune into a built-in inner guidance system that is invested in our growth and evolution. Deep peace and clarity can be experienced, as well as answers and solutions to long standing problems. Here’s a case example that demonstrates this:

One of my clients (I’ll call her Shelly) was curious about experiencing a past life regression and decided to focus on a feeling of anxiety that was always beneath the surface, particularly in large crowds. She had a vague fear of not trusting people and was often on edge, even at home, as though an intruder might break in. She also had a phobia of having anything around her neck.

As she allowed her consciousness to go deep within, she became aware of a life of an African male slave brought to America on a ship, feeling confused, scared and angry. Here are a few descriptive excerpts from the session: “Fields… cotton…I bond with others, but feel alone. We don’t laugh…always a sadness…I run away…there’s overwhelming fear, I’m going to be caught. I’m running as fast as I can go…starting to hear dogs…run through a stream…feet cut…they’re closer…caught me…whip me…going to hang me. I leave the body just before they hang me…I watch it from above…I’m free…”

In traumatic deaths, the soul often leaves before the body is actually dead. As we progressed further into the freedom of the soul realm, we released the fear and confusion that was left over from that life and replaced it with energy of the soul — happiness, playfulness and joy — the part that was lost when the fear energy covered it up. Because we are all energy beings, dense, fear-based energy can become like a sticky residue on our physical, mental and emotional energy bodies, particularly after traumatic deaths, and thus affect the current incarnation. During a session, a person’s inner guidance will typically show them a life that is most impacting this life. Several weeks after the session, Shelly emailed this message:

“It wasn’t until after the session that I really realized how anxious I was. Immediately after the session I felt different, lighter, like a weight had been lifted off my shoulders. I couldn’t believe how great and relaxed I felt! I was curious to see if the change was permanent or if my anxiety would slowly creep back, but it never did. After a week or two, I realized looking back that I had been anxious all the time, not just in ‘certain situations’. I had never felt as relaxed as I did after the session, nor for that long a period of time. What turned out being something I wanted to do out of curiosity and for fun, ended up being the most positive life changing experience and the best money I’d ever spent!”

The healing part of the session occurs in the peace and clarity of the soul realm. But it is important to realize that this is actually a higher dimension of ourselves. We are multi-dimensional beings, so an aspect of us is already steeping in what we are looking for at a conscious and subconscious level, namely deep peace, love and clarity. Within ourselves lie tremendous resources for insights, releasing of limiting feelings and beliefs, and discovering the truth of our being. Once we have experienced it, we know it. But it’s easy to forget in this dense physical reality…the veil is strong, but certainly is getting thinner. We all need gentle reminders of our inner resources.

Using Past Life Regression to Find Your True Self

Using Past Life Therapy to ‘De-Hypnotize’ Yourself

The Treatment of Others as a Reflection of Spiritual Evolution 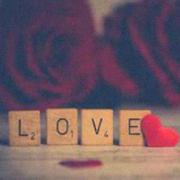 The Evolution of Humanity

Past Life Regression to BodySound Chairs: Support for Awakening
0 replies

Returning Home to Yourself
Scroll to top