Blog - Latest News
You are here: Home1 / Blog2 / Using Past Life Regression to Find Your True Self

Past life regression is one of the most potent ways to connect to the higher, wiser part of yourself in order to resolve issues or move through stuck periods in your life. We become so focused on the worries and stress of life that we rarely connect with the quiet, still witness behind the worries. We become hypnotized into identifying with the continual swirl of thoughts in our mind, rather than on the deep presence that can observe those thoughts. During a past life regression, you become that presence. Then the Buddha’s words become clearer, “All suffering is due to wrong identification.”

It is natural to be skeptical about past life regression when viewed from an ordinary ego-identified level of consciousness. Yet what is often overlooked in nearly every moment of daily living is that ‘you’ are the energy and consciousness that animates the body, and as such, that ‘you’ is eternal and indestructible. For most people, that truth may remain only as an intellectual concept until they die. So if an aspect of yourself is infinite now, then it makes sense that you can begin to ‘tune into’ or resonate with that ‘truer’ self. It’s simply a matter of identifying more with the part of you which is the constant, non-fluctuating self. An effective way to access that ‘self’ is to go within, closing off the relative world of time and matter. This leads to becoming focused in the present moment.  Hypnosis provides a quick and powerful means to accomplish this because it deeply relaxes the body and quiets the mind the deeper you go into trance. A gulf begins to grow between the peaceful presence/awareness of ‘you’ and your thoughts. It becomes easier to identify yourself as the awake and aware ‘witness’ of your thoughts rather than being sucked into the mind’s incessant chatter. In this state of stillness, you can set the intention to see other lives you have experienced.

Past life regression sheds light on your soul’s intention of using your life for growth and evolution. Here’s how it works: As you surrender to whatever your unconscious mind reveals, an impression of another lifetime will emerge. It’s important to trust the process and permit the story to develop. It will ultimately reveal something profoundly beneficial for you. If you try in any way to consciously direct the images that come, it will block the process. Typically a previous life will mirror a deep issue that you’re dealing with in this life, even unconsciously. These mental impressions can be interpreted either as a past life or a symbolic metaphor, like a dream image. After the death scene, you can reflect on how you lived that life from the viewpoint of the eternal soul aspect of yourself. Often the strongest healing part of the session comes when you experience the deep peace, freedom and insights after the human drama. You gain a sense of how you wish you had gone through that life. Perhaps you lived it governed by small fears that held you back in various ways. From the perspective of ‘now time’, outside of time/space, you can ‘re-script’ that life by making different decisions about how you would have wanted to live that life, much like lucid dreaming. You can create a life where you consciously allow the freedom, appreciation, joy and love of your soul self to shine through, unimpeded by subtle, fear-based mind programs and conditioning that are common in the human experience. You not only create that empowered life but feel in your body and mind what it’s like to live in this awakened manner.

At times your higher mind may show you a past life in which you’ve known deep wisdom and strength if your current life lacks these qualities. You’ll be given that life to see so you can merge the powerful love-based qualities of that life with your current one. It all comes from an elevated level of consciousness that corresponds with ‘tuning into’ a higher dimension/vibration aspect of yourself, namely the part that is animating you right now.

A recent, typical example was a woman who struggled with anxiety. She experienced her past life as a woman of high status, forced to keep up appearances in an uptight, rigid society. She was afraid to express her true feelings while trying to please others. Her deep concern over other’s opinions held her back from fully living life, which caused her to feel alone. She was then shown a second life as a woman living in a poor village who was deeply connected to the entire community. During harvest time, everyone worked together, forming genuine bonds without any pretenses. She felt what it was like to be her true self without concern of appearances, and felt the exhilaration of experiencing authentic human relationships. In the time between lives, she could see how the first life mirrored her current life, while the second life revealed a way to live in which fears were replaced with the excitement and freedom of forming heartfelt connections with others. She saw that she had a choice about which way she was going to live this life, and how, up until now, she had been living a fear-based life, overly concerned with other’s opinions. Thus, at a subconscious level, she was able to shift the perspective that held her back in life. Past life regression not only revealed her soul lesson, but also allowed her to fully feel what it’s like to ‘get’ that lesson and live without the subtle fears that blocked and limited her. Because this all occurred at a deep subconscious level, it had a powerful and lasting effect. Over a year later she shared that the session had been quite impactful for her. It’s not uncommon to experience noticeable results in one session.

We are multi-dimensional beings. We have a body, yet at a deeper level of relative truth, we are also the soul essence that animates our body. At the deepest, ultimate level of truth, we all come from the one energy source that animates all life, and from which souls emerge. As humans, we live life as unique, individual ocean waves that forgot that our true essence is the ocean itself. Past life regression is an inward route to gain an experiential glimpse of these deeper levels of your being with heightened clarity. Life trials come and go, and so do lifetimes, but what remains? You do. Past life therapy tunes you into this constant aware presence of ‘you’ that transcends all earthly dramas.

Accessing Your Higher Guidance With Past Life Regression 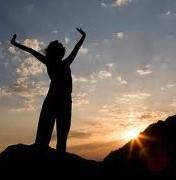 Uncovering the Source of a Mother’s Fear

Uncovering and Healing the Roots of Anxiety and Depression

The Treatment of Others as a Reflection of Spiritual Evolution

Past Life Regression: An Effective Tool to Expand Consciousness
0 replies